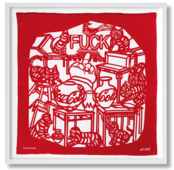 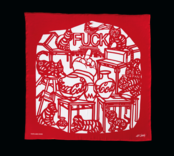 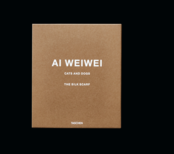 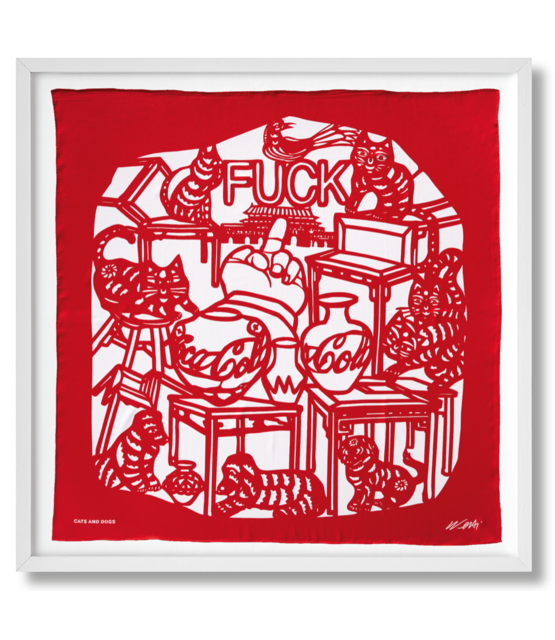 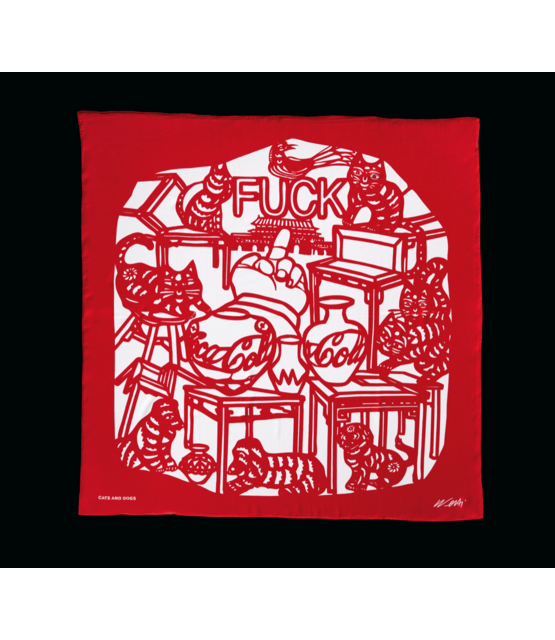 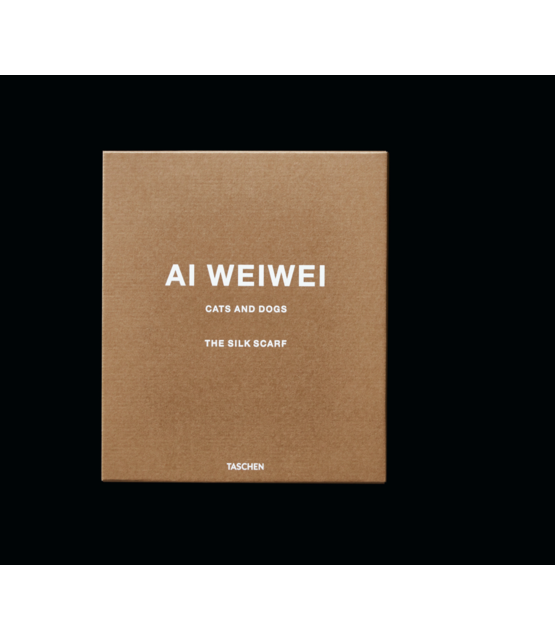 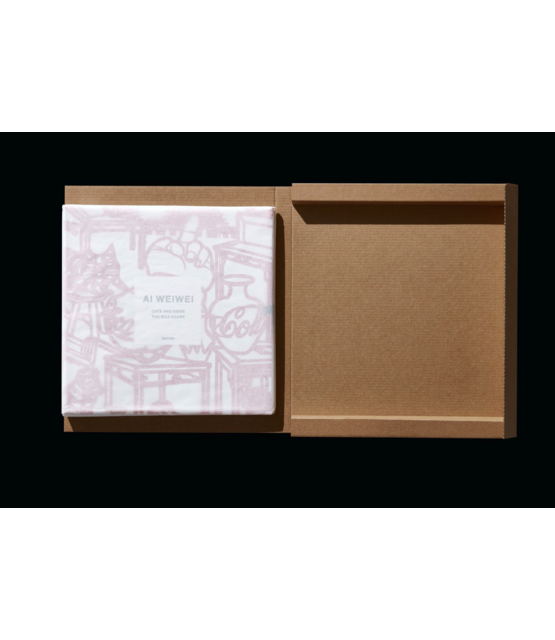 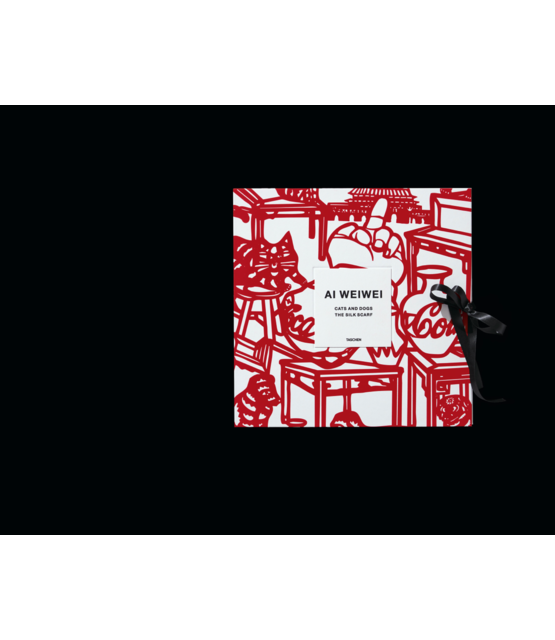 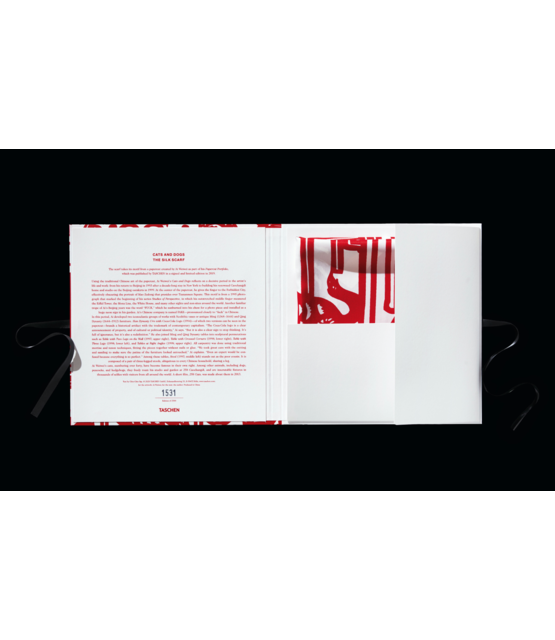 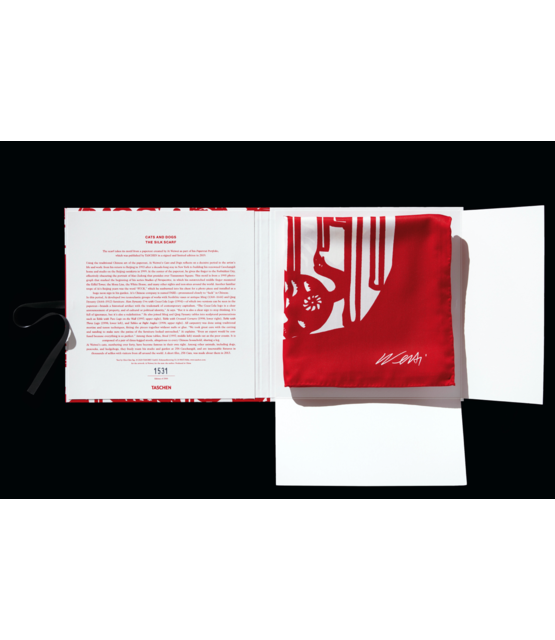 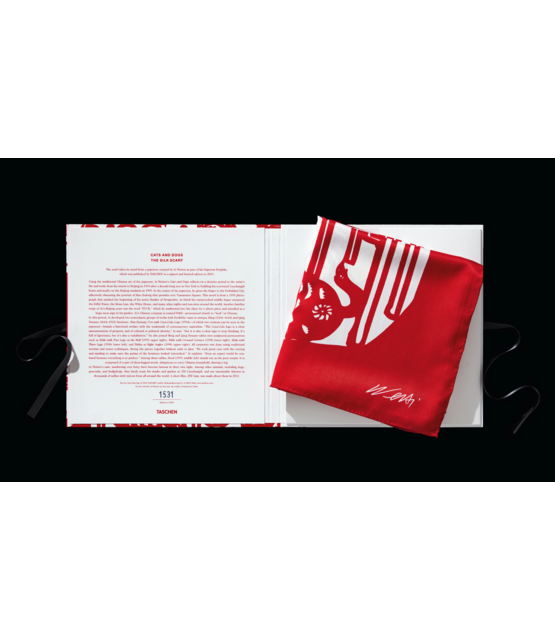 Papercutting is a traditional Chinese art going back 2,000 years. The colored, intricately cut papers are used as a story-telling medium in festivities, for prayers, and as everyday decoration. The red scarf takes its motif from a papercut created by Ai W

Coupling impeccable crafting and beautiful storytelling, Ai Weiwei’s scarves are wearable works of art that look as well luxuriously draped over your outfit as hanging in a frame. Ai’s design for this red scarf is based on his papercut Cats and Dogs, reflecting on his work from the 1990s, when he returned to Beijing after a decade-long stay in New York and found his own artistic identity. Published by TASCHEN in 2019 as part of his signed and limited Papercut Portfolio, the medium speaks to Ai’s use of traditional craftsmanship in his art, which is twofold here: as the craft of the Chinese papercut goes back 2000 years, silk weaving was invented even 5000 years ago, remaining a purely Chinese craft for many millennia. This TASCHEN exclusive by Ai Weiwei is made of high-quality Chinese twill silk, a material renowned for its particularly fine texture, woven and screen-printed by hand, and finished with hand-rolled edges.

The motif Cats and Dogs reflects on a decisive period in Ai’s work, from his return to Beijing in 1993 after a decade-long stay in New York to building his Caochangdi home and studio on the Beijing outskirts in 1999. He gives the finger to the Forbidden City, just as he did in his Studies of Perspective, where his outstretched middle finger measured sights around the world. The word “FUCK” is another familiar trope of Ai’s Beijing years, one he spelled as a huge neon sign in his studio garden. Neolithic vases branded with the Coca-Cola logo rest on Ming and Qing Dynasty tables crafted together in contorted shapes. The works are depicted in this papercut as they would be displayed at the studio, surrounded by animals, including the dogs and countless cats who freely roam the house and garden.

The picture frame seen here is for display purposes only; the scarf is sold unframed. 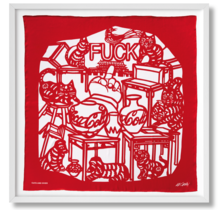