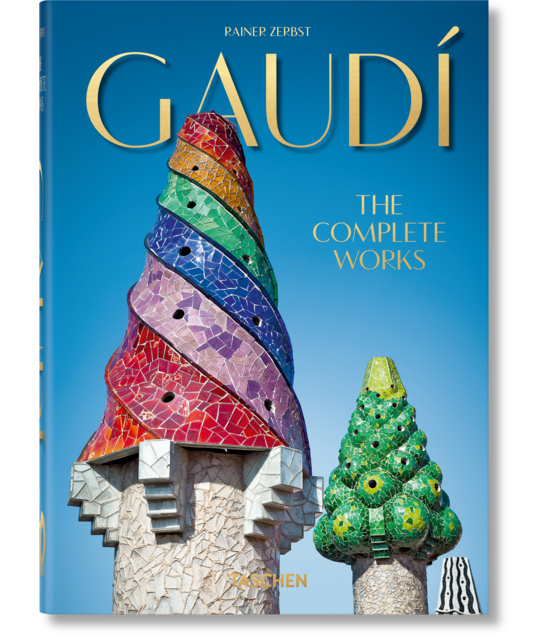 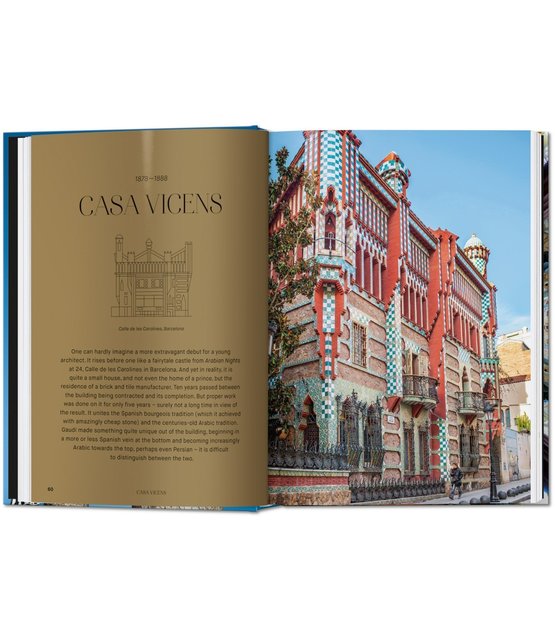 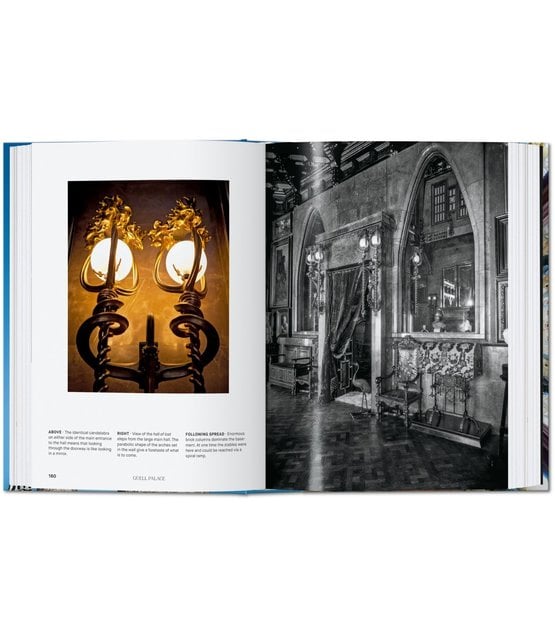 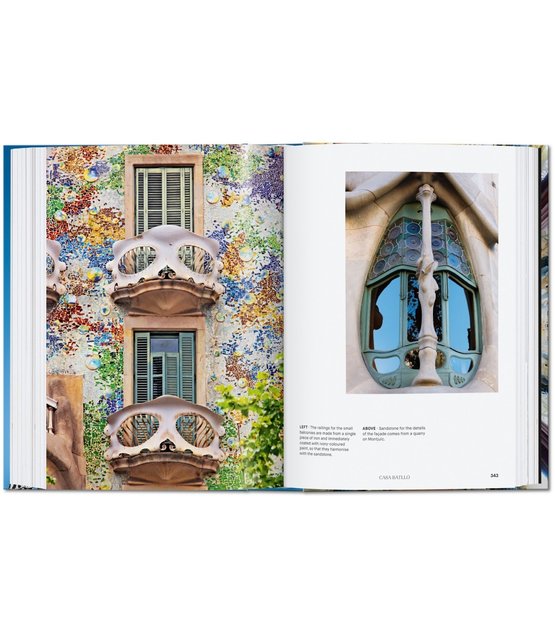 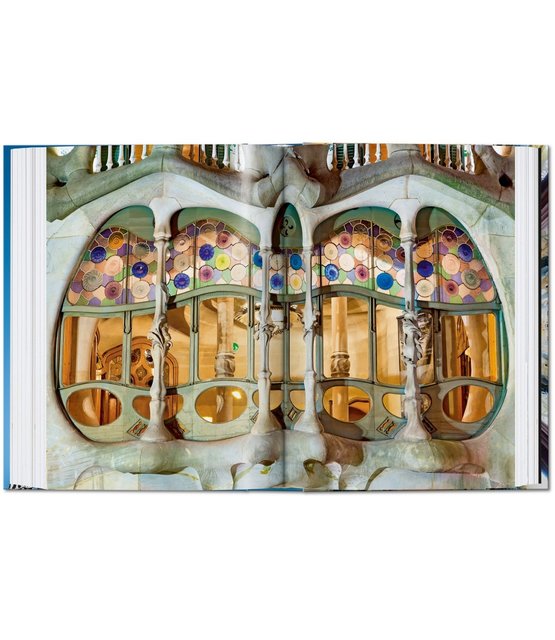 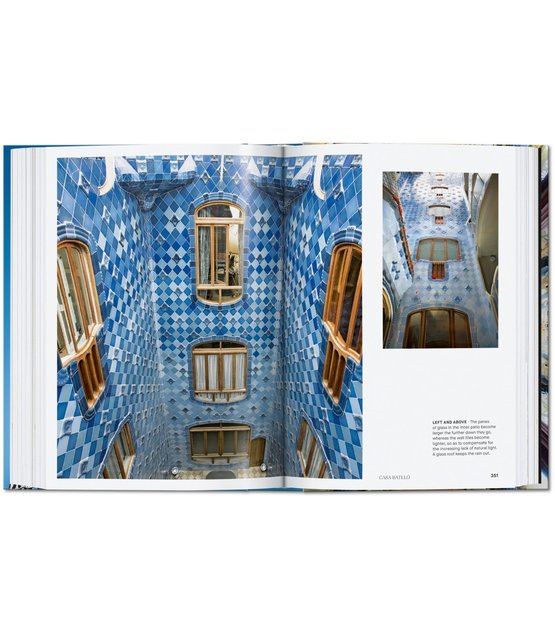 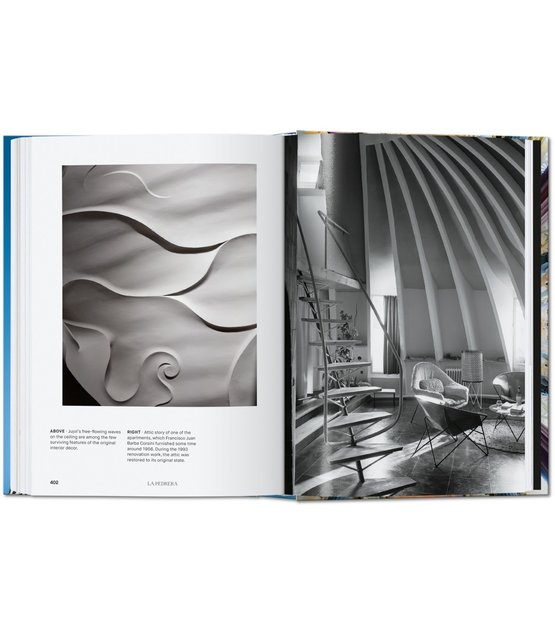 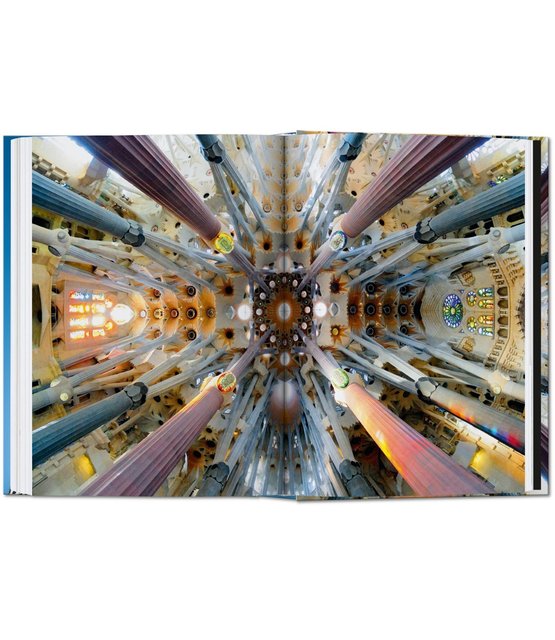 The life of Antoni Gaudí (1852–1926) was full of complexity and contradictions.

The life of Antoni Gaudí (1852–1926) was full of complexity and contradictions. As a young man he joined the Catalonian nationalist movement and was critical of the church; toward the end of his life he devoted himself completely to the construction of one single spectacular church, La Sagrada Família. In his youth, he courted a glamorous social life and the demeanor of a dandy. By the time of his death in a tram accident on the streets of Barcelona, his clothes were so shabby that passersby assumed he was a beggar.

Gaudí’s incomparable architecture channels much of this multifaceted intricacy. From the shimmering surface textures and skeletal forms of Casa Batlló to the Hispano-Arabic matrix of Casa Vicens, his work merged the influences of Orientalism, natural forms, new materials, and religious faithinto a unique Modernista aesthetic. Today, his buildings enjoy global popularity and acclaim; his magnum opus, the Sagrada Família, is the most-visited monument in Spain and seven of his works are UNESCO World Heritage Sites.

Packed full of expert texts and hundreds of full-color illustrations, including new photography, this book presents Gaudí’s complete oeuvre. Like a personal tour through Barcelona, we explore his residential, religious, and public projects. We see how the “Dante of architecture” was a builder in the truest sense of the word, crafting extraordinary constructions out of minute and mesmerizing details, transforming fantastical visions into realities on the city streets 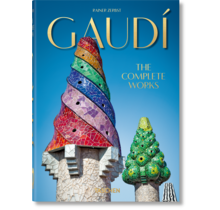