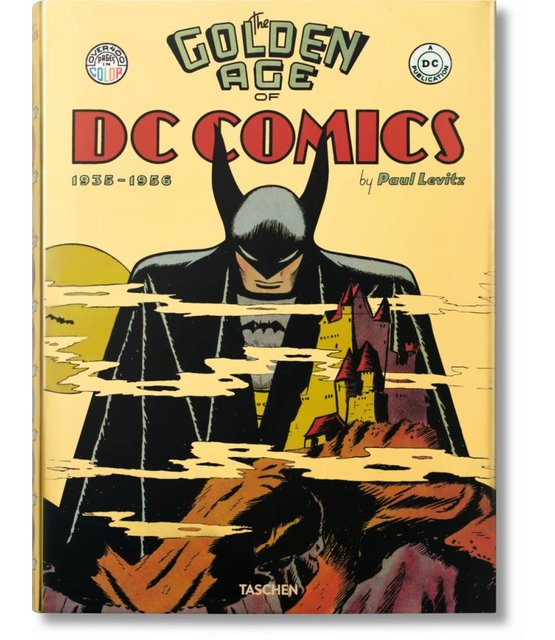 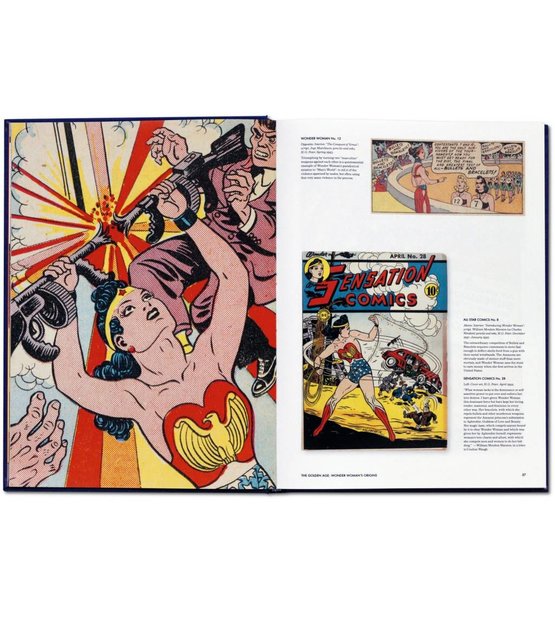 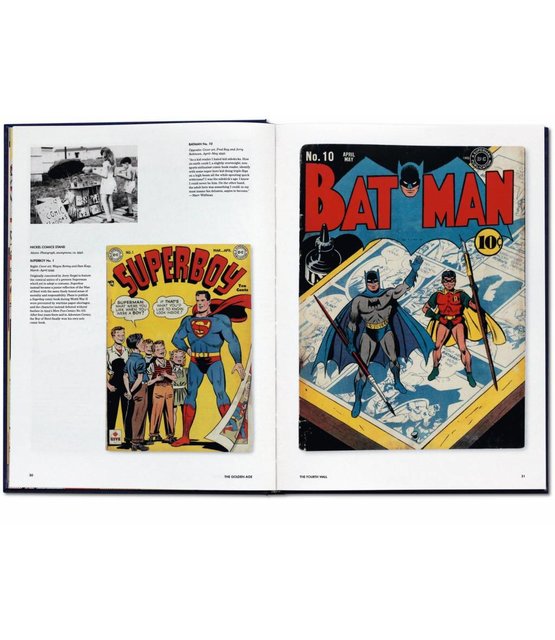 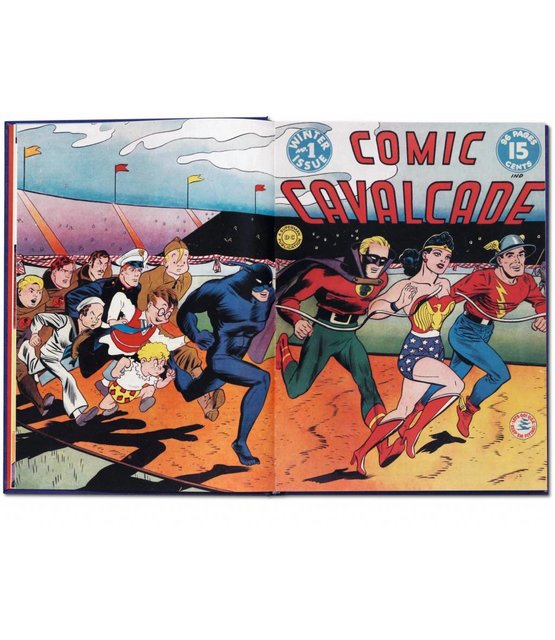 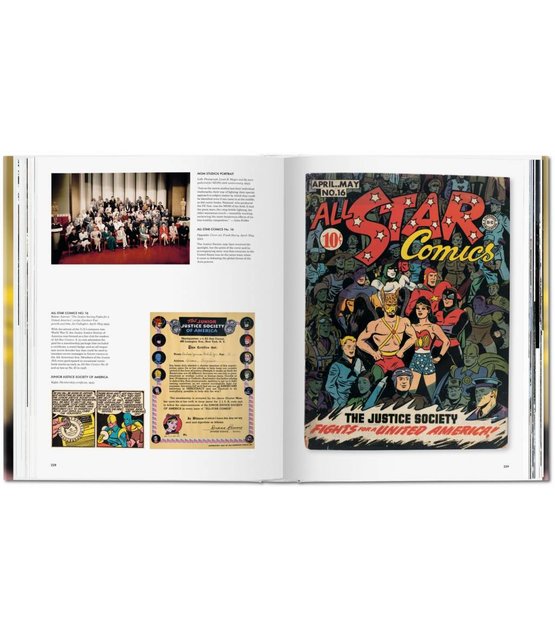 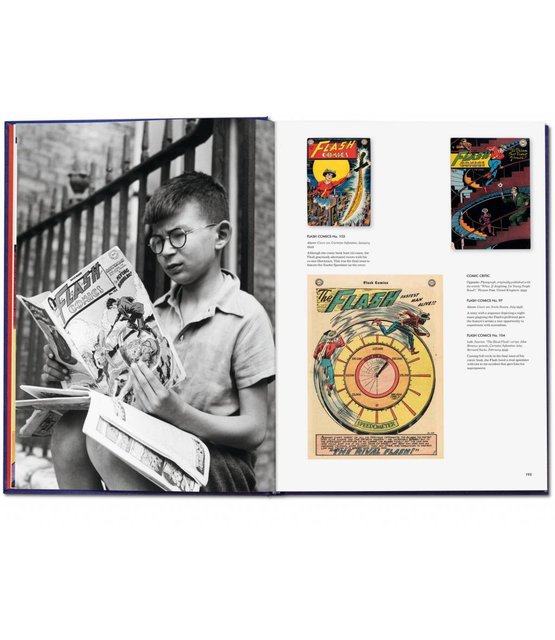 In June of 1938, Action Comics debuted with a new kind of comic book character on its cover: a costumed man with two identities....

In June of 1938, Action Comics debuted with a new kind of comic book character on its cover: a costumed man with two identities, who possessed extraordinary strength and powers—a man able to protect the public when ordinary measures would not do. He was not the first super hero, but the Man of Steel would become the prototype for all super heroes thereafter. Superman’s story, and those of Batman, Wonder Woman, and hundreds of other DC Comics characters, are all told in The Golden Age of DC Comics. The single most comprehensive book on the subject, this volume traces the company’s first decades, from its pulp origins up to the comic book burnings of the McCarthy ’50s in more than 400 pages bursting with comics, art, comics, photographs, and more comics. Also included is an exclusive interview with legendary artist Joe Kubert!

About the series: TASCHEN’s series on DC Comics explores the origins of comics’ most enduring legends and the behind-the-scenes stories of the men and women who created them, era by era. Expanded from the Eisner Award–winning XL book, 75 Years of DC Comics, this new series hits the shelf at a reader-friendly size with essays updated by authorPaul Levitz and more than 1,000 new images across three volumes. Thousands of covers and interiors, original illustrations, photographs, film stills, and collectibles have been reproduced to bring the story lines, the characters, and their creators to vibrant life, making this an invaluable reference for comics fans. 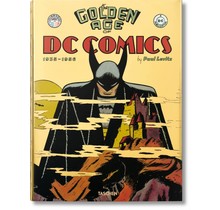