One part history book, one part art book, and one part fascinating memoir, this book is an overview of more than two centuries of tattoo history intermixed with an intimate look at the lives of tattoo artists...

“This book is so badass, loaded with fantastic shit from the history of tattooing that I’ve collected over 40 years. There’s a lot of stuff in it that’s never been seen before. This has been a serious labor of love.” 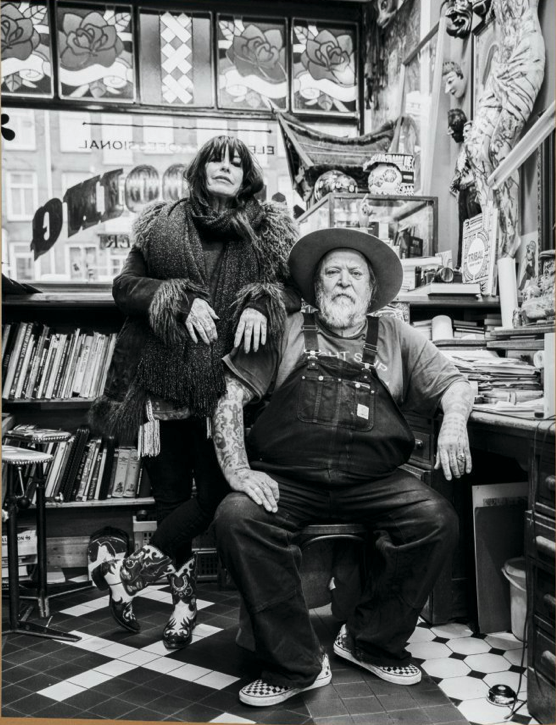 For the last forty years, Henk Schiffmacher has poured his heart and soul into his collection, amassing tattoo drawings, designs, photographs, and artifacts from around the world. Each of the book’s five chapters features many never-before-seen highlights from this collection and includes lithographs, etchings, tattooing instruments, paintings, photographs, posters, shop signs, original drawings, and tattoo designs known in the business as flash, among them extremely rare vintage flash sheets from major players in early Western tattooing. The vastness and variety of tattooing around the world is chronicled in the book’s 700+ images, including the indigenous tattooing of the Māori and South Pacific islanders, the ancient traditions of Asia, and the origins of old-school Western tattooing in Europe and the United States. The book also features a dozen original illustrations by Schiffmacher in his inimitable style, as well as a personal introduction describing Schiffmacher’s own journey as both an artist and a collector that has shaped his view of the art’s journey from the underground to the mainstream.

Schiffmacher brings a fascinating perspective to tattoo history through his personal reflections and wild tales of adventure. In this book, we learn not only about the history of tattooing, but also about the adventures behind the making of one of the largest tattoo collections in the world, by a self-taught tattoo artist in love with the art and its innovators.
The author
For years, Henk Schiffmacher has been recognised as one of the stars of the tattoo scene. His Amsterdam studio attracts countless tattoo pilgrims, and he also runs the Amsterdam Tattoo Museum, which exhibits material from Schiffmacher’s own vast historical and contemporary collection.

The editor
Noel Daniel is a graduate of Princeton University and a former Fulbright Scholar to Berlin. She earned an MA in London and was director of a photography gallery before editing books. Her TASCHEN publications include Kay Nielsen's A Thousand and One Nights and East of the Sun and West of the Moon, The Fairy Tales of the Brothers Grimm, The Fairy Tales of Hans Christian Andersen, Wintertime Tales, Magic, and The Circus. 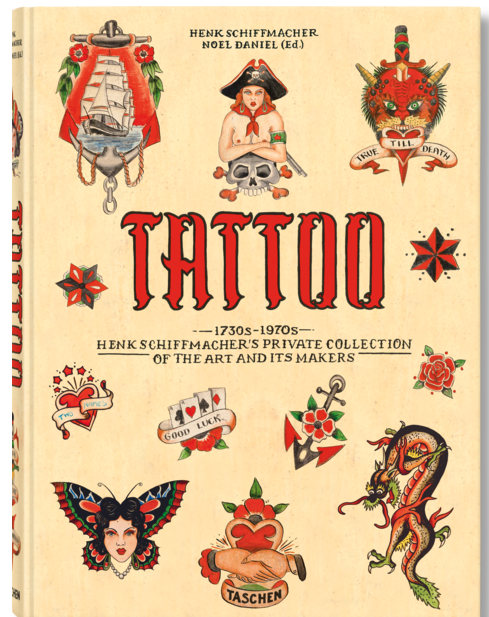