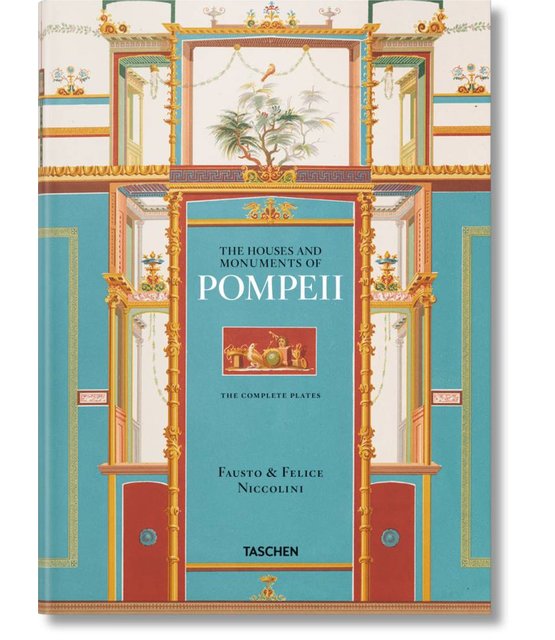 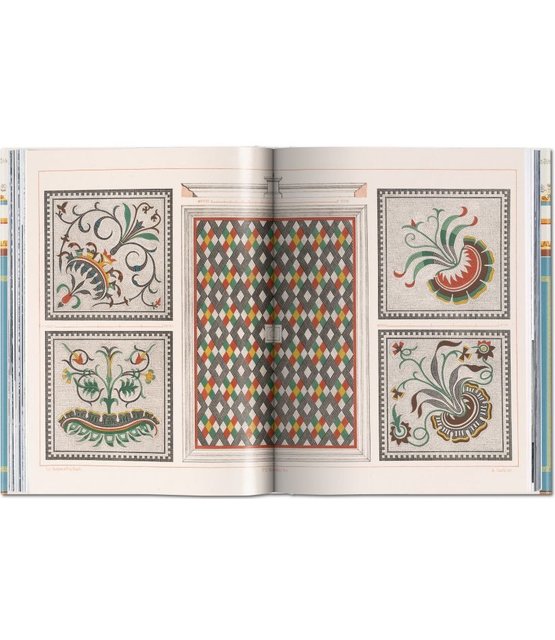 When the excavations at Pompeii were first placed on a scholarly, archaeological footing in the 19th century, brothers Fausto and Felice Niccolini were close at hand and ready to respond..

When the excavations at Pompeii were first placed on a scholarly, archaeological footing in the 19th century, brothers Fausto and Felice Niccolini were close at hand and ready to respond. Making use of the newly introduced technique of color lithography, theydocumented the buildings, frescos, statues, as well as its most ordinary everyday objects, of the city buried in just 24 hours by the catastrophic eruption of Vesuvius and preserved for over 1,600 years under a mantle of volcanic ash.

The Niccolini’s goal was to illustrate all aspects of life in the antique city. Their publication, Le case ed i monumenti di Pompei (“The Houses and Monuments of Pompeii”), which was issued in instalments between 1854 and 1896 in Naples, presentedover 400 color plates providing not only views, maps, and groundplans of the city and its public buildings, but also offered unprecedented access to Pompeii’s private residences. They revealed the astonishing painted wall decorations that adorned these long-buried abodes, their intricate works of art, and the practical utensils of everyday use, conjuring up a vivid picture of each house as a real, domestic space. In total, the plates illustrated more than 1000 items, each extensively specified and located for the first time, making the publication a major reference in Pompeii research. In addition, “animated” representations visualized daily life in Pompeii’s workshops, taverns, and shops, on its public squares, and in its temples, theatres, and baths.

This meticulous facsimile revives the Niccolini’s extraordinary achievement with all color plates and two introductory essays setting the project in its contemporary context and presenting the historical protagonists of the Vesuvian excavations. In addition, we explore the remarkable influence exerted by Pompeian art – and by the haunting plaster casts made of victims of the eruption – on the visual arts. Across painting, sculpture, and interior design, we trace the Pompeii legacy in the work of Robert Adam, Anton Raphael Mengs, Angelica Kaufmann, Jean-Auguste-Dominique Ingres, Lawrence Alma-Tadema, Pablo Picasso, and Giorgio de Chirico, right through to recent masters Duane and George Segal. 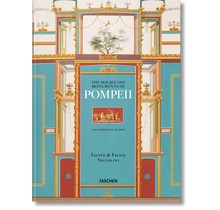