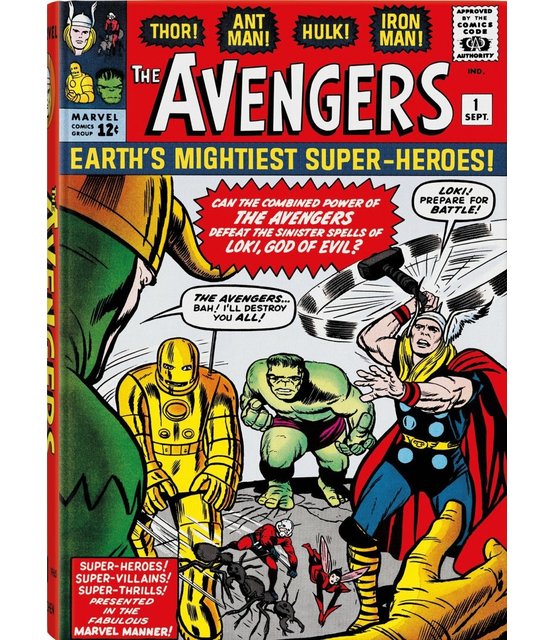 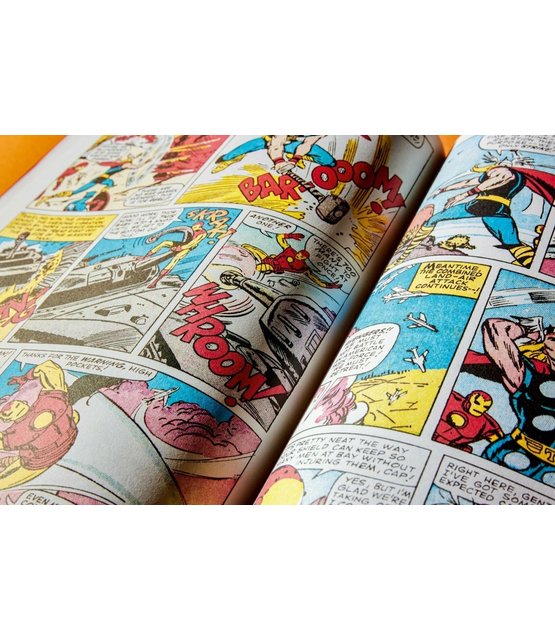 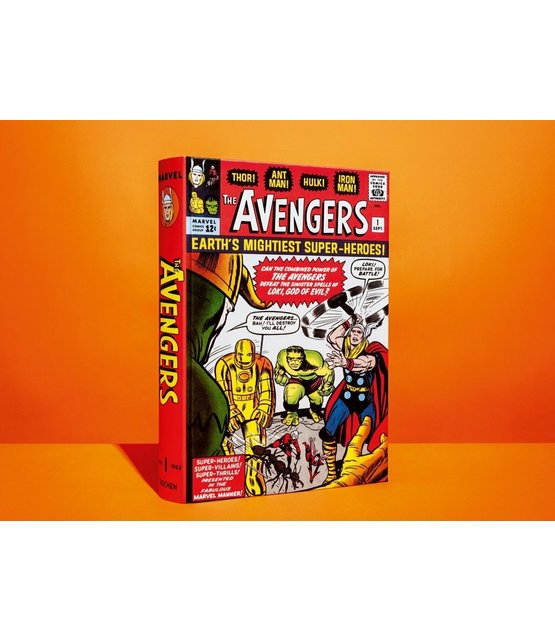 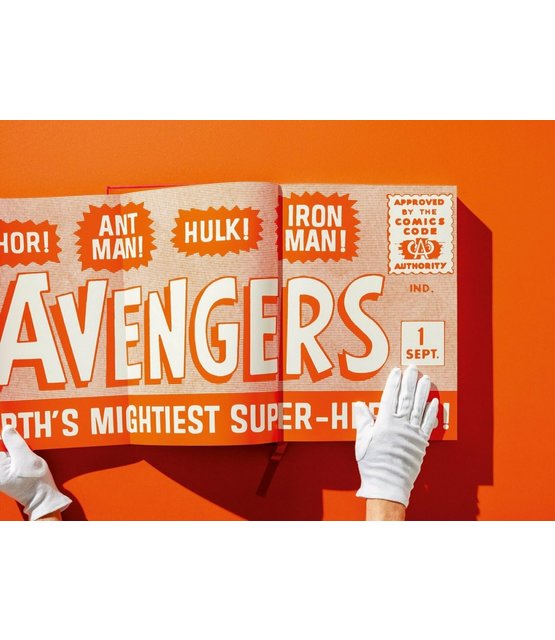 Super-hero teams had been around since the 1940s, but Thor, Ant Man, the Wasp, Hulk, and Iron Man broke new ground when they joined forces to form the Avengers in 1963. They not only fought together, they occasionally fought each other!

Assembling the definitive Marvel Age Avengers anthology
By early 1963 the foundations of the Marvel Universe had been laid. Following the introduction of the Fantastic Four in 1961 came the amazing (Spider-Man), the astonishing (Ant-Man), the strange (Doctor, that is), the incredible (Hulk), the invincible (Iron Man) and the mighty (Thor). Still, Marvel editor in chief & Stan Lee realized something was missing. “I was writing these characters and I thought it would fun to put them together in a team,” he recalled. So Lee and artist Jack Kirby assembled Iron Man, Ant-Man and the Wasp, Thor, and the Hulk to create the Avengers.

Right away it was clear this team was different. If the Fantastic Four were family, then the Avengers were the co-workers you didn’t choose. Not everyone got along—the Hulk fought with everyone—but working together they could defeat the baddest of Marvel’s bad guys, like Loki, Kang the Conqueror, the Masters of Evil, and Immortus. The lineup was ever changing: The Hulk departed, Captain America joined, and Ant-Man grew up to become Giant-Man. Then, remarkably, villains Hawkeye, Quicksilver, and the Scarlet Witch became heroes—and Avengers—and the group’s founding members shockingly departed, leaving Captain America to lead the newly-minted heroes.

Relive the classic early adventures of Avengers Nos. 1–20 in an XXL-sized edition that’s bigger than the Hulk’s fist, weightier than Thor’s hammer, and with more extras than Iron Man’s armor. TASCHEN has attempted to create an ideal representation of these books as they were produced at the time of publication. The most pristine pedigreed comics have been cracked open and photographed for reproduction in close collaboration with Marvel and the Certified Guaranty Company. Each page has then been digitally remastered using modern retouching techniques to correct problems with the era’s inexpensive, imperfect printing—as if hot off of a world-class 1960s printing press.

Accompanying the stories are an original foreword by Marvel Studios President Kevin Feige and an in-depth history by the Eisner Award-winning writer Kurt Busiek that’s illustrated with original art, little-seen photographs, and rare documents. This mighty collection about Earth’s Mightiest Heroes is worthy of Tony Stark’s library—or yours. 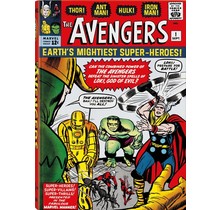