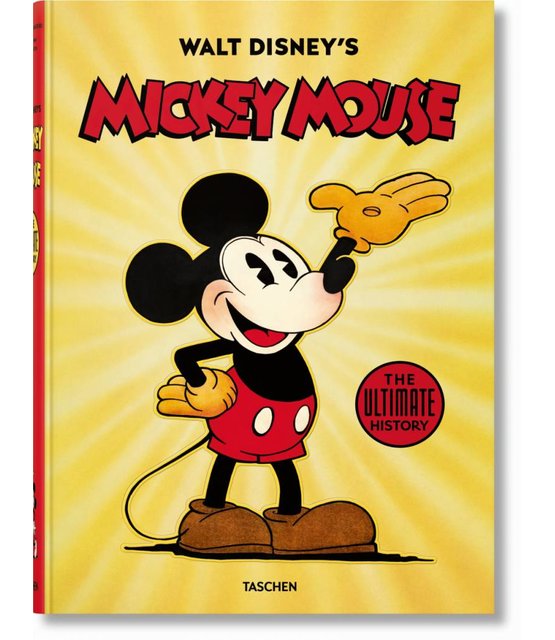 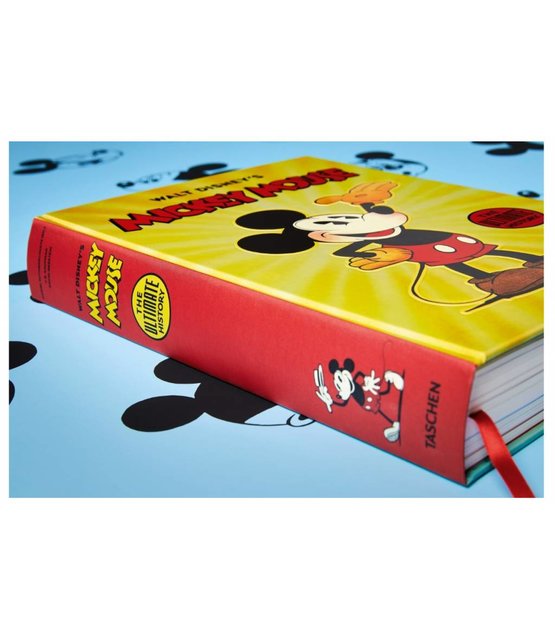 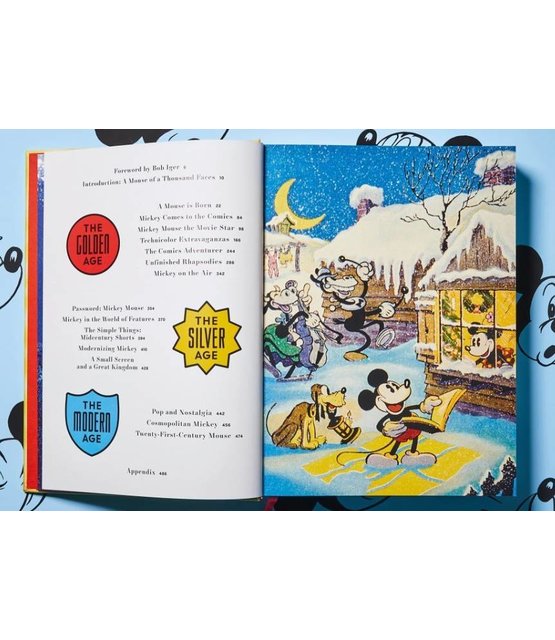 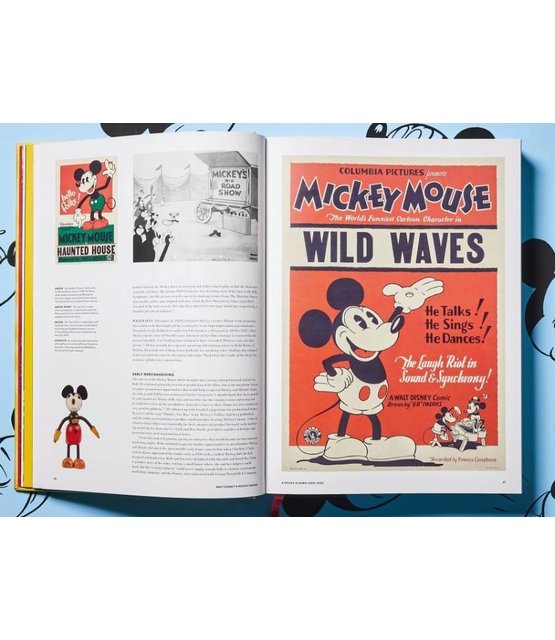 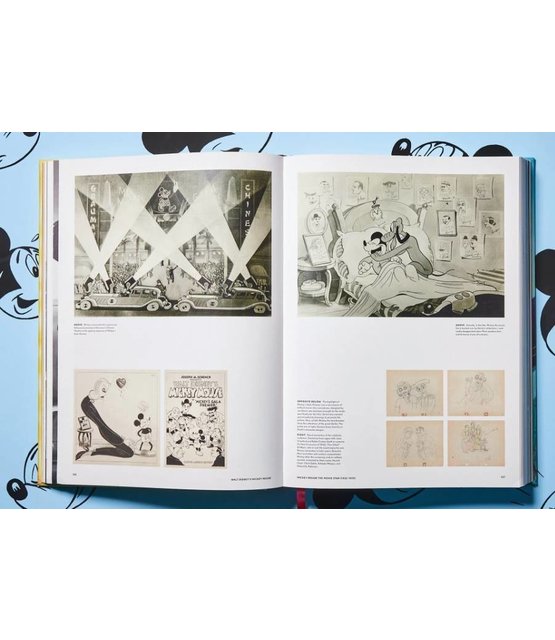 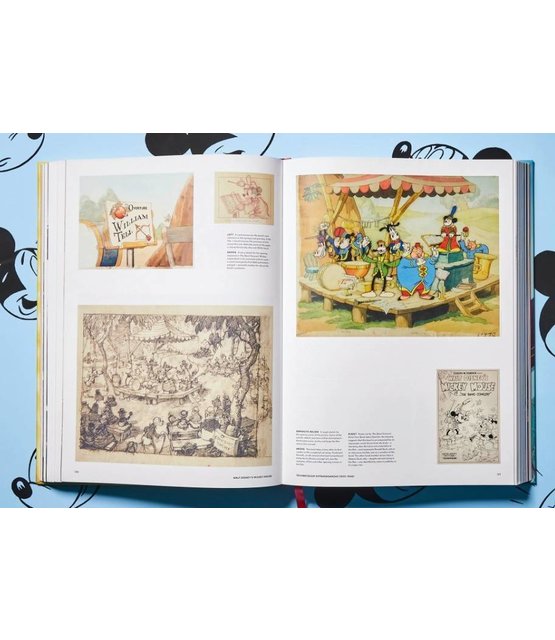 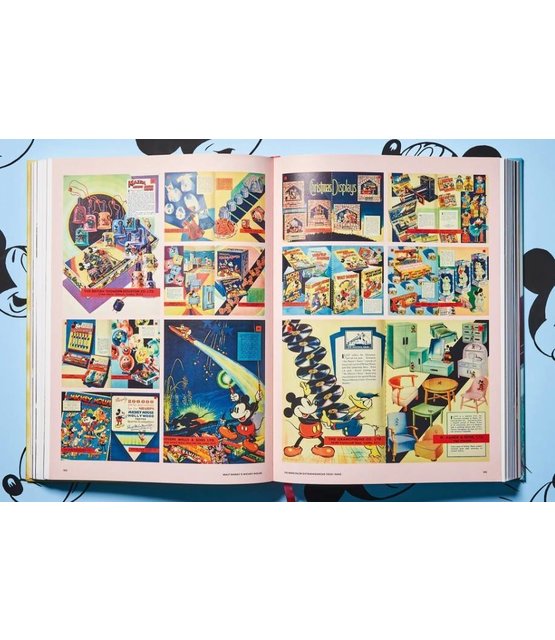 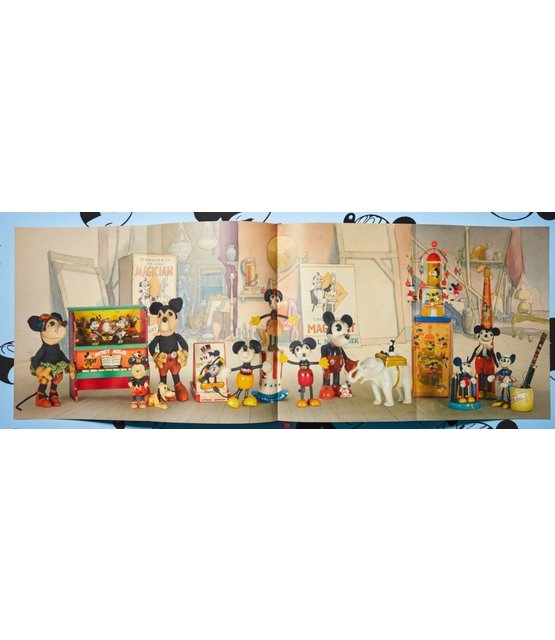 Celebrate 90 years of Mickey Mouse with of one of the most expansive illustrated publications on the Disney universe: behind-the-scenes shots, rare animation art, and vintage comics trace Mickey’s 122 cartoons, his comic adventures, and the world of Micke

On November 18, 1928, the world’s most famous mouse made his very first public debut. Today, we celebrate 90 years of Mickey in one of the most expansive illustrated publications on the Disney universe. Starting with the first sketches of a character who was almost named Mortimer, we trace the career of Walt Disney’s and Ub Iwerks’s most famous creation, one met with an explosion of worldwide popularity preceded only by the earlier successes of Charlie Chaplin.

With unlimited access to Disney’s vast historical collections as well as public and private collections, the authors bring Mickey’s success story to life: concept art, story sketches, background paintings, and animation drawings as well as historical photographs trace the origins and evolution of such timeless favorites as Steamboat Willie, The Band Concert, and Brave Little Tailor. They also follow Mickey as he builds on this legendary library of short cartoons by appearing in two historic feature-length films, Fantasia and Fun and Fancy Free.

Unfinished projects, many of them presented for the first time through original storyboard drawings, unveil a Mickey that might have been. Extensive archival research sheds new light on little-known chapters of Mickey’s career, such as his pioneering radio shows, the origins of the Mickey Mouse Club, and his use as a patriotic icon during World War II. Along the way, we encounter the work of all major Mickey artists in both film and comics, including such greats as Ub Iwerks, Win Smith, Ferdinand Horvath, Fred Moore, Floyd Gottfredson, Carl Barks, Manuel Gonzales, Paul Murry, Romano Scarpa, Giorgio Cavazzano, Byron Erickson, César Ferioli, and Noel Van Horn.

Mickey Mouse has left an indelible mark on everyday culture as well as high art, becoming a favored subject for Pop artists such as Andy Warhol, Keith Haring, and Roy Lichtenstein. As Walt Disney once said: “I only hope that we never lose sight of one thing—that it was all started by a mouse.” And an end to the success story is nowhere in sight. Today, 90 years after his creation, Mickey remains as lovable and popular as ever. Let’s pay tribute to the little fellow, his legend, and his legacy with a monument to the one and only Mickey Mouse. 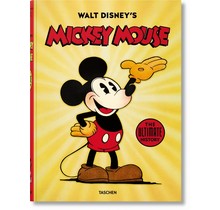